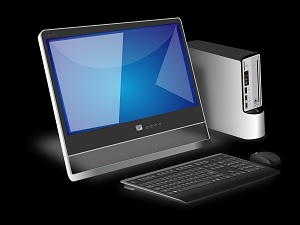 Hackers use a variety of techniques to infiltrate systems and make off with data, but one of the more effective approaches is to use the system against itself.

There are a number of executables residing within the Windows operating system, for instance, that can be used by an enterprising hacker to make off with a wide range of data.

Since these techniques leverage executables that are native to the OS, they almost never trigger defensive mechanisms like Windows Defender or the company's anti-malware software suite.

Collectively, these files are referred to as LOLBins, which is shorthand for 'Living Off The Land Binaries'. By most estimates, the current iteration of Windows has about a dozen of them that could be exploited.

Recently, that number increased by +1 as a security researcher named John Page discovered a sneaky, unorthodox way a hacker could use the Name/Finger network communication protocol to exfiltrate files from a network.

Essentially, if a hacker gains access to your system, he can use the Name/Finger communications protocol as a rudimentary command and control module. Then, they can send commands to move, copy or delete files without alerting Windows Defender or other security protocols you may have running.

Mister Page developed a pair of proof of concept scripts, which prove that his technique is viable. However, to this point, Microsoft has not responded, nor given any indication when a fix might be forthcoming.

As mentioned, the Name/Finger protocol certainly has plenty of company, as there are a number of other binaries in the OS that are just as vulnerable. That oddly includes Windows Defender itself, which can be highjacked via the command lines and forced to download files.

These types of attacks are notoriously difficult to detect and prevent, so the best you can do to safeguard yourself and your sensitive data is to be mindful of the possibilities.