Running And Bicycling App May Be Sharing Personal Data 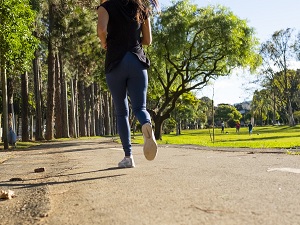 Do you use the Strava app when you run or bike?

If so, it may be sharing your personal information in ways you hadn't expected.

Andrew Seward, the head of Data and Product Development at Experian was out for a morning run when he noticed something so unusual that he felt compelled to tweet about it.

While on his morning run, he passed a woman who was also out for a run and who happened to be using the Strava app herself. When he got home, he found that the woman's face appeared in his app as someone he ran with, even though they didn't know each other and weren't following each other in the app.

Clicking on her face brought up her profile and the route she ran, which essentially pointed the way right to her front door. That's disturbing to say the least, and Seward's tweet sparked a firestorm of controversy about the app.

As it happens, it's a feature, not a bug. The app has a feature called "Flyby," which is designed to do exactly what the app did in this instance. Unfortunately, Flyby is set to "everyone can see you" by default for all users.

Fortunately, the app does offer controls that allow users to filter who can see them, but it's not apparent that the feature is set to "everyone". Unless you happen to check, you may not even be aware that your information is being broadcast to every other Strava user you run or bike past.

If you're feeling a touch of paranoia reading this article, there's an easy way to check the app to see who can see you. Here's how:

That's all there is to it, and it will give you tremendous peace of mind!